Everything that surrounds us is in motion or originated from movement. An exciting thought!

If you look at the human body, you find movement in different gradations. Relatively much peace is in our bones, a lot of movement prevails, for example in our digestion. Eurythmic therapy assumes that the function of the organism and the individual organs can be affected by specific movements.

Eurythmy therapy has emerged directly from the anthroposophic medicine. Rudolf Steiner has developed it for physicians. Thus, it is based on the same image of man. Specifically, it means that we are equally trying to take into consideration the different levels in the work. These levels are the physical body, the organization of the powers of life, for example in the various rhythms, the spiritual life, the feelings and emotions as well as the level of consciousness.

For the setup of the exercises, it means that we

In this way, depending on the option, the whole man is concerned, of course, differentiated by age and situation. Thus, for example, in the case of infants, patients with paralysis or in coma the entire treatment can very well be supported.

A fundamental approach of Anthroposophic Medicine is the holistic, all-round approach. A prime example is the healing eurythmy which can be a real help in an enormously wide range of diseases. Norman Kingeter, eurythmy therapist at the Clinic in Arlesheim and Ita Wegman Ambulatorium in Basel, gives some examples of different application possibilities of healing eurythmy.

For a lot of people that wonderful spring season becomes a real torture because of the pollen. Also other external influences evoke extreme reactions in many people. Foods, mites, medications can be triggers for allergies that always constitute an overreaction to these influences from outside. The mucous membranes react too strongly, the man seems to melt away. During the eurythmy therapy I encourage the patients to deal in a different way with these external stimuli. It ultimately aims to restore the balance – the balance between perceiving/receiving the stimuli, the processing and acting. This can also be a lengthy process, in which I accompany the patient together with the general practitioner over a longer period. Already in autumn we start with the therapy, because it is important to work with the immune system when it is not yet irritated by the acute allergy. We work with different exercises to build up a healthy rhythm. This concerns on the one hand the digestive processes which have to come into a balance. This also has an impact on the mental processes that require a balance. So, together we work out exercises that help attaining a balance between inside and outside, between set up and dismantling, to encounter excessive excitement with rest, and to come back to oneself. Again and again we attune the exercises to the current situation. Then it shows that not only the hay fever is improving, but in general the human being stands better balanced in the world.

Many patients with cancer come to me for healing eurythmy. With exercises I support their body-heat balance. Cancer is often associated with cold, especially after or during a chemotherapy. Therefore, I show exercises to the patients through which they can warm up again from inside. It is not alone the heating through outer movement. This happens primarily by the particular quality of movement in the therapy. Each movement is consciously done, worked out from out of the inside and accompanied with the sensation. This makes the patient warm and strengthens the healthy forces. Thus, eurythmy is a perfect complement to the mistletoe therapy. In most cases the disease is accompanied by various symptoms. I discuss with the patients which side effects are most difficult for them. At that point we start.

Even more crucial, however, is that the patients can take the helm into their own hands in this threatening situation of cancer. They can do something good for themselves. The positive effect of it is repeatedly confirmed by the patients. The chemotherapy, other medicines, even mistletoe therapy or hyperthermia – everything comes to them and they get from outside. But the healing eurythmy is done by themselves. They can do the exercises anywhere and at any time, which are individually attuned to them.

In psychiatric disorders, such as depression or burnout, healing eurythmy exercises can also be of great help. In the anthroposophic treatment of psychiatric disorders as well as in any other treatment, the physician uses, where necessary, the same allopathic medicines. In addition, however, great emphasis is laid upon working with the body, for example with liniments, compresses, baths or just as own activity with healing eurythmy. In patients with depression, different vegetative processes are usually not functioning correctly. They suffer from sleep and balance disorders, lack of appetite, and they feel cold. I work with them in such a way that we first promote heat, agility and balance. Even thoughts running around can be countered by movement. Important for patients with depression is that by means of healing eurythmy they learn movements, which they integrate through regular practice in their daily lives and thus accompany the healing process.

Often children come to me, when it is not yet entirely clear whether they are ready for school or not. In such cases, the cooperation between educator, pediatrician and therapist has proved to be successful.

Frequently, there are imbalances in their development, for example readiness of mind, emotional stability or movement coordination. But even if it has already been decided that the child is getting enrolled in school, until the summer much can be stimulated through special exercises, by which the child can make a big step forward in its development. Through the holistic approach in the eurythmy therapy the child can be supported in a healthy and age appropriate manner. Also many first graders can be helped in this way to find a better entry into school life. 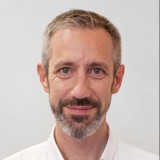