Awake the Healing Power within You   [I]

A Hawaiian tapping and healing technique for the relaxation of personal and mental challenges and problems.
A technique for the change of body, feelings and mind, beliefs, convictions and unconscious attitudes.

Since I have been a teenager I was interested in alternative healing techniques. I studied the Eastern traditions like Shiatsu, Acupressure, Tai Chi, and western body therapies, for example, the classical massage, Alexander technique, and Feldenkrais therapy.

On my quest, I came across the Polynesian tradition and Huna in 1974. This tradition deeply fascinated me and I wanted to go straight to Hawaii to learn about these teaching methods right there. At that time, however, it was said that there were no longer any teachers alive, but only a few written fragments and, above all, the oral elements which have been transmitted through the language. That was the reason why I studied the available scriptures at that time, but fortunately a few years later I realised that there were still living masters around, being called Kahuna in the Hawaiian language.

The tradition had survived and was passed on within the families and clans under the “seal of secrecy”. This secrecy did not happen because of the so-called “confidential” knowledge, as it was often presented in posterior writings, the practicing of the old tradition was prohibited by the authorities and would have led to high prison sentences.

For this reason the traditions developed further within families and were passed on from one generation to the next. Today, on Hawaii, there is a variety of highly interesting concepts, all of which are aligned to curing people and the environments as quickly and comprehensive as possible, as well as towards restoring the natural balance. These are often simple and easily exercisable techniques.

I became acquainted with Dr. Serge Kahili King in 1994 on the occasion of his first European tour and was so enthusiastic about his clear and easily understandable way of teaching that I invited him to come to Switzerland once or twice a year for seminars. He turned out to become not just one of my most important teachers, but also a dear friend. Today Dr. King teaches exclusively on Hawaii and I can only recommend to anyone, if they get the chance to participate in one of his seminars, to take advantage of it.

The DynaMind technique was developed in 1999/2000 by Dr. Serge Kahili King. His book “Instant Healing” had just been finished and contained his most important knowledge on healing in a condensed form. When he taught this knowledge in one of his Huna therapy workshops, he was drawn by a participant to the work of Gary Craig.

The method developed by Gary Craig is called EFT today – Emotional Freedom Technique. It is based on the work of Dr. Roger Callahan and others. The EFT-technique shows great similarities to the ideas published in the book and also to some Huna techniques.

By that time, Dr. Serge Kahili King had already developed some quick healing methods himself, but none was applicable on different bodily complaints as fast and flexible as the EFT.

Dr. King tried to answer the question on how it was possible that he and Craig used completely different healing approaches and techniques and yet could achieve the same results. He began to investigate the extent to which he could change his techniques without losing their effectiveness.

The new method should meet the following requirements

The final result was a process that combines various effective techniques of the Hawaiian tradition into a new “recipe”, but which noticeably differs in the underlying concepts from those of the EFT and other related “energy therapies”.

In summer 2000, the DynaMind-Technique (DMT) was introduced to a larger audience for the first time, and since then thousands of people all over the world have learned and successfully practised the DMT.

By applying the DynaMind-Technique, we can observe improvements in the following areas

One can see a great variety in which the DynaMind-Technique can be applied beneficially.

Fundamentals to the Theory
In this booklet, we do not want to deal too much with theory, but primarily with practical application. Nevertheless, it seems important to me to explain a few basic concepts related to DynaMind and the Shamanic view of healing.

In the Hawaiian view, health is expressed by the word Ola. Ola, however, means much more and describes what is behind this idea. Being translated Ola means flowing, being in a state of flux, healing, life, and could also be called an idea of movement or energy.

In the Hawaiian tradition, the natural state of health means to be in a constant state of flux, to be in connection and in exchange with the environment. It is the state that requires the least energy. This natural condition is stimulated and favored by DynaMind.

As said, there are two terms that are relevant to health and disease and which I would like to explain, as well. One term is called Make.

Make means translated ‘death’, ‘criticism’ or ‘stagnation’. It is a state in which the energy comes to a standstill, which we can call death. At the same time it also shows that every form of criticism leads ultimately to an energetic stagnation or death. All creatures are seeking for love and recognition, and we can also assume that every living creature struggles in its own way and is doing its best, completely independent, how it is experienced by its environment. Every form of criticism is a form of insult and leads to a blockage of energy and self-expression. The sum of the blocked energy leads to an increasing stagnation or death.

In this context, the third important term Ma’i is to be comprehended. Ma’i is called disease in English and denotes a state of tension. Basically, tension is a natural state. We need a certain amount of tension to express ourselves and to project our power to the outer. This “unconscious” knowledge is also expressed in common parlance, when we say in the case of a depressive mood (de-pressio – pressure gone), namely, that the air is missing, that the energy is lacking, etc.. Whole books could be written just about this concept. But for the moment, these statements may be sufficent.

However, too much of this tension leads to disorder and disease. Disease is a state caused by our lower unconscious state in order to reduce our excessive tensions.
DynaMind helps us to heal ourselves faster and better.

In our cultural area, Huna is considered a state of mind or a philosophy, which, among other names, has been cultivated and passed on for thousands of years on the Polynesian islands. The name “Huna” was used by Max Freedom Long, one of the first researchers in this field. Often Huna is translated as the secret. The real meaning, however, is the knowledge of the balance between activity (HU = sun, chaos) and reception (NA = moon, structure) and the building up and use of the energy.

From this knowledge, various principles have evolved which I will briefly explain. These principles are not only found in Hawaii, but have been formulated around the world in different traditions. They are helpful to understand the process.

Healing and Being Healed 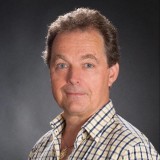