The Effectiveness of Salvestrols Against Cancer

Salvestrols (from Latin “salvere” = “to save”) are substances that are found in fruits, vegetables and herbs. After analysing various foods, a team of researchers found an enzyme that  is abundant in organically grown foods and gave them the name salvestrol.

What salvestrol substances have in common is that they are produced by plants for protection – for example against moulds, bacteria, viruses, insects and UV light. Therefore, they can be found mainly in the peels of fruits, in seeds, leaves and outer areas of the roots. The plant forms different salvestrol substances, that differ in their effectiveness, human absorption, durability, heat sensitivity and water or fat solubility. Due to the fact because salvestrols taste a bitter, our foods contain very little of these substances.

Juices and jams, for example, are industrially freed from their bitter substances so that they are better for sale. In addition, salvestrols get lost in boiling water. If you cook your vegetables longer and pure the water away, you remove these active ingredients. Plants with a high salvestrol content (from certified organic cultivation) are for exemple:

For a quantity classification of salvestrol substances, one took the reference from the Victorian Epoch (1837 – 1901), which shows that the diet contained about 10-12 mg salvestrol. The British research group equated this value with 100 salvestrol points.

In our modern Western diet, we provide our body with an average of about 2 mg (17 points). However, we need a minimum daily amount of about 100 points for our health.

Today’s shotage arises from the reeding and mineral fertilization of our modern fruit and vegetable. It is also a consequence of our eating habits and modern methods of food processing. The modern food products hardly contain any salvestrols. Researchers have discovered that the important salvestrols are not found in the products of intensive agriculture because synthetic agents are used to combat mould.

However, higher concentrations are found in products that have not been treated with synthetic chemicals. The highest concentration can be found in organic fruit, vegetables and herbs.

At the beginning of this sensational insight into the direct connection between healthy nutrition and cancer healing was a discovery by the cell researcher Prof. Dan Burke at the University of Aberdeen. In the 1990s they discovered the basic mechanism by which our body can defend itself against cancer. The biologists found a new enzyme in tumour cells, which they called CYP1B1. If activated, it triggers the detoxification of harmful metabolic products and foreign poisens such as carcinogens, pesticides, environmental toxins and similar. It is spectacular that the CYP1B1 enzyme can be found in cancer cells and in prestage sells of cancer, but never in healthy cells. In order for the enzyme to become active against the tumour cells, it needs a “partner”.

Together with Professor Gerry Potter at Montford University in Leicester, Burke first developed a synthetic substance that makes the CYP1B1 enzyme an “anti-cancer therapist”. But then they considerd, “…Whether similar partner connections might also accur in food, which are converted by CYP1B1 into anticancer agents. It is estimated that thousands of cancer cells develop in the body every day, but most of them are degraded quickly and efficiently and do not lead to the formation of tumours.” In 2002, they made a breakthrough: Resveratrol, known from the “red wine effect” – a type of salvestrol – a natural phyto-oestrogen found in red grapes, red wine, peanuts, currants, plums, tomatoes and pines, among others, reacted with the enzyme CYP1B1.

The CYP1B1 enzyme of a mutated cell mainly reacts with a salvestrol. This reaction leads to the formation of a metabolite in the mutated cell. This metabolite ensures that the normal process of apoptosis is induced in the mutated cell. Apoptosis is a form of programmed cell death that occurs after the cells have lost their usefulness. In test-series, he added salvestrols to cell samples to determine how many of the cells were killed at which concentration adminestration. It turned out that healthy cells did not react on salvestrol, no matter in what a mount of the substance was given. The cancer cells on the other hand were killed. The more salvestrol was given, the more cancer cells died.

According to a total of 31 studies carried out since 1997, cancer cells, metastases and all cells that are in a precancerous stage contain an excessively increased proportion of the protein CYP1B1. Normal, healthy cells do not contain this protein. A total of 3,300 cell samples with 2,500 cancer cells were examined for these studies. In fact, the range of action of salvestrol is amazing: in laboratory tests, the plants active ingredients were able to destroy tumour cells originating from brain, breast, prostate, intestien, ovary, testicles and lung cancer.

A 69-year-old man suffered from a 7 centimeter lung cancer. His life expectancy was estimated at eight to eighteen months, and he was sent home as incurable. Immediately he started a diet of fresh fruit, vegetables and juice from organic farming. He banned meat, refined sugar and dairy products complitly from his diet.

In addition, as a salvestrol supplement, he took twelve capsules of 350 points each (a total of 4200 points) daily, according to his body weight. Just a week later he did not cough blood anymore. Within three weeks his diagnosis changed from inoperable to operable lung cancer. The operation was carried out six weeks after the start of the diet change. But instead of removing a lung lobe as planned, the surgeon only had to remove the shrinking tumour and some suspicious lymph nodes. The analysis of the lymph nodes revealed that they were not cancerous and the patient was found to be free of cancer.

An aggressive stage 3 breast cancer was diagnosed in a 36-year-old woman. Chemotherapy was started, but in addition the patient consumed daily capsules with 1000 salvestrol points. She was re-examined before her third chemotherapy and to everyone’s surprise the tumours had disappeared. In the mammography only a slight shadow was visible.

A 74-year-old man developed prostate cancer. Surgery and radiotherapy were not an option and the patient was prescribed treatment with a synthetic hormone at quarterly intervals, which had to be continued until the end of his life. He started on a salvestrol supplement totalling 2000 points daily. One year later, all prostate values were normal and no other treatment was needed.

A 94-year-old woman was diagnosed with stage 4 skin cancer on her foot. Other smaller black spots were spread all over the body. The cancer had not responded to any of the treatments. The patient’s life expectancy was then estimated at two weeks. The family took her home from the nursing home and changed her diet to an organic, healthy diet. She was also given salvestrol capsules of 4000 points combined throughout the day and a special salvestrol cream was applied to the melanoma daily. A naturopathic doctor also recommended a special anti-inflammatory diet without meat and few dairy products, as well as supplementary vitamins and antioxidants. Contrary to prognosis, the 94-year-old recovered increasingly. After one year, she was completely cancer-free.

Many such case reports already exist, but a larger clinical patient study is still pending. The sensational results so far, show a highly effective way to self-healing of cancer and cancer prevention: with nothing but organic fruit and vegetables and additional dietary supplementation with salvestrols.

Organic food contains enough salvestrol to prevent a possible cancer, the treatment of cancer requires an amount of salvestrol that is at least 10 times higher than the normal diet. Because salvestrol is mainly found in the skin of fruit and vegetables, he recommends making shakes or smoothies in which organic fruit is used together with the skin – including oranges or mandarin peel. However, the amount of salvestrol can be absorbed throogh food is uncertain and depends on the type and variety of fruit, the cultivation area and the harvest time. He therefore recommends a substitution with salvestrols, that are available as food supplements. 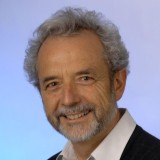