Every year since 1990 the ”Healing Plant of the Year“ has been proclaimed, first through the “Association of the Friends of Healing Herbs” (Verband der Heilkräuterfreunde Deutschlands), then through the “Association for Furthering the Natural Healing Art according to Paracelsus” (Verein zur Foerderung der naturgemaeßen Heilweise nach Paracelsus). (www.nhv-theophrastus.de)

In addition, every year since 1999 the “Medicinal Plant of the Year” (Arzneipflanze des Jahres) has been determined through the interdisciplinary study group “Developmental History of the Science of Medicinal Plants” (Studienkreis Entwicklungsgeschichte der Arzneipflanzenkunde) at the Institute for History of Medicine of the Wuerzburg University (www.uni-wuerzburg.de).

In 2013 tropaeolum was the Medicinal Plant of the Year.

Many know the fiery gold-yellow, orange, or dark-red shining blossoms as salad decoration.

Tropaeolum is globally known as cultural and decorative plant. The original home is Middle and South America. The Incas used them as garden and healing plants, most of all as a pain and wound healing remedy. In the 16th century the Spanish conquerors took this blood-red flower from Peru to Middle Europe. The sailors used the seeds as an effective remedy against the feared scurvy (the most severe form of a lack of Vitamin C when the body is deprived of Vitamin C for several months.)

Firstly, the plant was cultivated as decoration in the gardens of the monasteries of Europe. Only in the 18th century people began to use it in the medical and culinary area. Today, we find them in gardens, in pots on the balcony, also at walls and fronts of houses. In its frost free native tropical region it flowers throughout the year. In Europe it is not hardy due to climatic conditions.

Flower stalks come forth from the smooth stem leaves. With the help of its long and winding leaf stalks, they can climb and grow up to five meters. The leaves have the form of a shield. The leaf stalk sits in the middle of the round leaf. The name tropaeolum comes from the Greek troaion (turn, escape) = the sign of the victorious warriors. It counts as tropaeolum because of its sharp smell and taste similar to that of the European watercress.

The bell-shaped blossom with its pointed spur is similar to the head hood (pointed hood) of the capuchins.

At the end of February, you plant the seeds of tropaeolum and keep them at room temperature. The young plants should only be put outside or in pots on the balcony after the “Frost Saints” in the middle of May. Tropaeolum has no special demands concerning the soil but needs plenty of water. It thrives in half shadow as well as in pure sun light.

Usable Parts of the Plants and Harvest

The parts above the earth – the flowers, leaves, stems and blossoms – are eatable. The sharp-pungent taste of the tropaeolum stems from the large part of the mustard oil seed glucosides just like cress, cabbage, horse reddish, and reddish. The mustard seed glucosides have a defense effect for the plant itself against being eaten by animals.

It is harvested from May to October. In its dried form, the plant loses its energy because the very sulphuric effective agents are elusive. For this reason the tropaeolum is exclusively freshly processed.

Mustard oil glucosides (for example from glycotropaeolum won etheric cress oil with the main ingredient benzyl mustard oil) inhibit bacteria in their growth. It contains almost as much vitamin C, flavonoids, and minerals such as iron, potassium, magnesia, phosphorus as for example in fruits of sallow thorn. The colors of the flowers and the strong smell of the plant indicate sulfur. As sulfur appears in the colors pale yellow up to dark red according to the temperature when being heated so are the colors of the blossoms.

Dr. Markus Sommer explains: “The effective sulfur substances are already absorbed in our upper intestinal parts and therefore do not disturb our intestinal flora. They leave our bodies by being exhaled by the lungs (that’s why tropaeolum can be used against acute respiratory diseases), but also via urine. For this reason it can also be used against bladder infection. Often colds are the reason for infections of the respiratory as well as the urinary tracts. Thus, there might be another reason for using this plant stemming from the tropics and being infused from warming sulfur forces for these conditions. When after World War II the antibiotics started its triumphal procession one had to find out after the original enthusiasm that many bacteria quickly became immune to these remedies which were originally praised as wonder remedies. During the search for new sources of antibiotics one found the tropaeolum and found out the extracts of it were not only effective against many bacteria which play a role for infections (even the pathogens of tuberculosis are said to be sensitive against the effective agents of tropaeolum), but also against candida fungi which often spread after a treatment with antibiotics on the mucous membranes. In addition, its effectiveness against viruses (for example flu viruses) was also found out. In several dissertations which were written about this plant during the last few years, one can find the statement that there are no known resistances meaning that the bacteria have not become immune.” 1

Mustard oil glucosides from tropaeolum and the root of horse reddish are combined as a phytotherapeutic (angocin anti-Infect N) for the treatment and prophylaxis of the respiratory and urinary tract infection. Also see angocin.de.

The cress is an excellent healing plant against colds because it strengthens the immune system with its high contents of vitamin C. Throat pains, respiratory infections, and bladder irritations cannot take hold by chewing tender young leaves, and drinking freshly pressed juice from plants or taking tincture. But one should dose carefully when being sensitive to stomach and intestinal problems.

Due to the antibiotic characteristics of the mustard oil glucosides, cress helps against pharyngitis.

Sensitive people might get an irritation of the stomach and intestinal mucous membrane and the kidneys when taking too much cress. It is recommended to reduce the cure to three weeks and to take the remedy after the meals only. In addition, it is recommended to avoid alcohol during the therapy, because the alcohol tolerance is reduced by the benzyl mustard oil.

Do not use it when suffering from stomach or intestinal ulcers or kidney diseases, and do not use it for babies and children under four years.

Fresh flowers, blossoms, and young leaves are used. They are not suitable for cooking or freezing. Older leaves are tough and bitter. With finely cut, mineral rich young leaves one can season egg, potato dishes, herbal butter, cottage cheese, cream cheese, and butter bread. As a decoration on salad, the flowers are also a feast for the eyes. The flower blossoms can also be pickled in salt and vinegar and used similar to capers. With its pungent sharpness the cress stimulates the digestion and thus helps making fatty foods more digestible.

The pressed juice from leaves (once to twice a day take one tea spoon in water) is recommended for: bronchitis, emphysema, for strengthening the immune system, flu, colds, catarrh, for kidney- and bladder infections, urinary tract infections, tonsillitis, ear inflammation, and for strengthening of elder people.

It is produced from green cress leaves and serves the same healing purpose. You take a marmalade glass, fill it to two thirds with finely cut cress leaves, fill the glass with 40% double corn or vodka, leave it at even temperatures, preferably close to a stove. Shake it daily for three weeks and then pour it over coffee filter. Preventively or at the very beginning of a cold, take it after meals three times daily fifteen drops. Observe the stomach tolerance.

It is also available in pharmacies. There you can also buy the mother tincture tropaeolum mujus from cress. It is taken in a low dosage of 3 to 5 drops three times daily.

Put one handful of flowers into a glass and fill it up to the rim with vinegar. After one week you get a mildly seasoned herbal vinegar which is a medicine at the same time.

Pour one handful of finely cut, blossoming cress with 1 liter of boiling water. Bend your face over the steaming pot, the head should be under a spread towel. After ten minutes of steam treatment dry the face carefully. The steam bath disinfects and cleanses unclean and inflamed skin.

Stir 5 to 10 ml fresh juice of cress into 50 grams of your own, not too fatty facial cream. Press one handful of the herb (all parts being above the earth) and the juice through a cloth. This disinfects and soothes the skin.

Tropaeolum is amongst others in anthroposophical remedies (Wala) for cleaning the skin when having acne.

Important: The named application possibilities do not replace an expert consultation at a doctor and therapist. 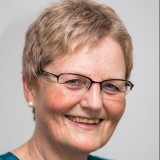