Paracelsus Magazin / Traditional Western Medicine / About the Ethereal [I]
Oct 28

About the Ethereal [I]

2) Manufacturing cycle of many solunates

3) Old distillation unit that has been in use for decades

4) New distillation unit with improvements in the manufacturing process

5) Solunate No 8: Hepatic after distillation. Photo 2013. One can already see the high proportion of essential oil floating above.

Again Solunate No 8, Hepatik, from November, 2016. The difference in essential oil cannot be overlooked.

In 2004, with a background in acute medicine and just facing my exams as a natural practitioner, I aimed for an education in phytotherapy. After some inquiring and researching on the subject, it became obvious that there would be no way around the Phytaro School for Healing Plants at Dortmund. I can still remember how I negotiated then with the school director as to whether I could possibly skip the training blocks in Aroma Therapy because I was only interested in phytotherapy. With the patience of a saint, Gudrun Zeuge-Germann, today a good friend of mine, explained to me that Aromatherapy represented a part of Phytotherapy and would be inseparable, and also the fact that the name of the school was made up of ‘Phytotherapy’ and ‘Aroma Therapy“ (Phyt-Aro). I am still grateful to her because I am today a great supporter of Aroma Therapy which still has by far not reached the status in Germany which it deserves, and I am still professionally working in laboratory diagnostics with essential oils. By means of a so-called aromatograph one can for example test in the laboratory the extent in which essential oils fight which kind of bacteria, and then one can apply them therapeutically in the form of VAGINALOVULA, gargling mixtures, in cases of skin eczemas, etc..

In the meantime, I have learned that one can also speak of high dosification healing plant therapy in aroma therapy. Thus, for example, one drop of an essential thyme oil has approximately the amount of active substances of 30 cups of thyme tea! But still, the essential oils can also influence our emotional control centre quite subtly and directly and is therefore able to modulate our moods and our emotional situation. And things go even further. Since the end of the nineties it has been known that our organs also possess olfactory cells. And thus, we can also have an influence on the function of our organs with aromatic substances via the skin as well as also via the intake of preparations containing essential oils1.

Consequently, it is cleared in advance that the essential oils have nothing to do in the ominous / esoteric area but are rather stalwart and highly concentrated tools of phytotherapy by means of which various structures or our bodies can be treated.

However, I have brooded for a long time over what Rudolf Steiner and Alexander von Bernus have said and written about the etheric body. While Steiner has designed a very complete picture of the ethereal part of the human being, Alexander von Bernus contented himself in a rather pragmatic way with the fact that – beside the purely material level – we humans also possess another part in which love, affection, loving touches and energies etc. in places of spiritual energy, etc. matter which enter our consciousness through “flashes of genius” and through which we get the impression that our existence has a meaning and that we have a task to fulfil.

All great therapists of alternative therapy institutions, no matter whether it was Hahnemann, Vitoulkas, Rudolf Steiner, or Alexander von Bernus agreed that the main healing impulses mainly take place from this ethereal-spiritual-energetic-informative space and then permeate the entire organism with this healing information.

As it is easy to see from Illustration 1, in the graph on the left (the graph of the human being) shows in the form of a black arrow from above to below that the main healing impulses from the ethereal body affect the physical body and heal it. However, the white, counteractive arrows show that there are also interrelations. Especially modern sports medicine has rather thoroughly investigated how sports activities and nutrition have an effect on the psyche and they have made interesting discoveries2.

In the health centre, I have often experienced that self-regulation starts swinging ”by itself“ again if one does such trivial things like getting rid of intestinal yeasts or removing the fungus inside the digestive system or channelling off the toxic load of a vaccination, etc.

In our main clientele, the old patients and the chronically sick persons, frequently both strategies are required. A purely phytotherapeutical therapy provides relief almost all the time, though for a long time no recovery. Likewise, patients again and again come to us, stating, “Homeopathy doesn’t help me.“

In theory it should be enough to set off an ethereal, informative impulse, e.g., by a homeopathic remedy; and the body translates this knowledge by means of the energy contained in the medication, and heals. This is often, but not always the case. And one can see here that the essential oils represent a kind of interface between quite ethereal healing impulses of a solunate, helping the body to learn something and to heal in the long run, and the active substances which are contained in the spagyrics and which assist the body directly due to the molecular components.

If one speaks of solunates, one should know that not only one healing method exists after all solunates have been produced, but there are different methods. We shall focus a bit more on the main process according to which most solunates are produced. I like to call those solunates, which are manufactured according to this method “organ solunates” as they used to have such pragmatic names like “Hepatik“ (of Hepar – the liver), “Renalin“ (of Ren – the kidneys), or “Lymphatik“ (of the lymphatic system). We would like to concentrate on this in this article in order to better assimilate the interface between coarse matter and dry matter and the interaction of the two poles.

Everything starts with a herbal mixture in a laboratory flask. This is called a “distillation batch“. These herbs were composed according to different aspects in order to result in an optimal combination for the respective indication (e.g., therapy of liver disorders). Now clear water is added to this batch of dried herbs, and already after a short time, distillation is carried out. The “old Soluna hands“ should be pleased to know that the Soluna is still developing further and that it does not stop at new technical possibilities. This way, the traditional can be preserved and progress can be advanced where it makes sense.

Here, too, some image comparisons for clarification (please find images at the beginning of the article)

Let us start with the distillation batch. While the old unit simply takes up the flask into the mushroom heater, one can see in the new unit that the entire flask is wrapped in a kind of coat. This way, heat losses can be effectively reduced and thus, of course, the initial heating capacity, too. For the plants, this means an even more careful and gentle distillation than has already been the case. Furthermore, one can see in the old unit that the rising distillate directly goes over into the condensation pipe. In the new unit, a kind of helmet is situated above the flask. As the Soluna does not work with water cooling in order to give the distillate room for unfolding and thus that the distillate is able to condensate again in its own time, it happened that earlier the rising steam frequently arrived too hot in the receiving flasks, i.e., did not have enough time to condensate. And due to the short bleed nipples (which we shall refer to in a moment) these ethereal parts were able to escape into the air of the room. Due to the helmet attachment the rising steam is able to condensate first of all on a rather large condensation area and only goes into the condensation pipe when it has already condensed. This way, the very volatile and ethereal parts can now be captured far more effectively.

The third alteration is situated above the receiving flask which in distillation is called “template”. In the old unit, only a very short bleed nipple is situated through which still quite a few ethereal parts were able to escape. And although this brought about a very pleasant smell in the laboratory, these valuable parts were lost for the solunate. Today one makes do with a clearly longer pipe (which one cannot do without for pressure reasons) which is put on with bulbous thickenings. This way, one has created new condensation surface, and the way to the “exit” is clearly enlarged so that only a small part of valuable essential oils is able to escape.

Various odour samples show clear intensifications. According to Christoph Proeller, partly about 20% of essential oil went into the room air. At first, this sounds quite a lot, but compared with other manufacturing methods still comes out well. According to own information, the losses could be reduced to max. 2%. Also with regard to energy consumption, savings of about 40% were recorded here.

One can surely go out from the fact that the solunates in the ethereal domain of impulse therapies have properly increased in potency, but also quite pragmatically, substantial changes show themselves.

And here we have arrived back at the title of our article. The more ethereal the proportions that are captured in a distillate, the sooner they have an influence on our ethereal body. Of course this is in part our limbic system in which events are coupled with emotions, but it has already been known since the nineties that all our organs possess olfactory receptors3. Therefore we should in fact be careful with what kind of artificial scents we add to our body, independent of the fact whether we rub them on our skin or spray them on or whether we take them in the form of aromatized food. Even if this is considered, we are still unable to clearly separate the fine matter from the coarse matter. On the one hand there are the molecular proportions of essential oils that dock at certain receptors of our bodies; regardless of nerval structures of our limbic system or receptors at organs or direct contacts, for example with pathological bacteria or yeasts, etc., in our intestines. On the other hand, there are in fact also physical principles which come into effect and which do something to our energetic system. And as we have by far not seen through the complexity of healing plants, we have certainly to question what happens with the total construction of a plant when it is fermented with yeasts before distillation, and maybe sugar is added from the outside for faster fermentation as it is the case in many other spagyric manufacturing processes. 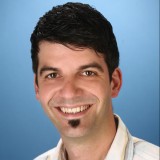