The Purpose of Pilgrimage

For the time a pilgrimage takes place, be it days or months, the pilgrim is exposed to the cosmic energies, the planetary principles, and the Earth’s influences which will help the individual or the group to round up their personality and complete the twelve evolutionary stages: from responsibility to participation, to inclusiveness, solitude, serenity, calm, detachment, impersonality, divine indifference, intuition, and wisdom, to thus reach genuine freedom.

The Sun, the King Star, and in a lesser degree, the planets and other celestial bodies, exert certain magnetic and electric influences upon the Earth according to the astrological calendar of the time period in which the spiritual journey takes place.

In ancient times, solar temples, sanctuaries, and pyramids were built as oriented to the apparent movement of the Sun and the four most important times of the year; namely, the equinoxes and the solstices. In order to wisely build the pyramids, the ancient architects identified and then marked upon the Earth the northernmost point from where the Sun returns every year in the month of Cancer. Likewise, they observed the southernmost point, and they marked it, as well. With these two points, Cancer and Capricorn, marked by the morning  solar rays, a square was drawn and a 91-step-high pyramid was built. Invariably, when a pyramid is built in such a way, in the dawn hours of the Summer Solstice day, the solar rays touch its corresponding representative angle, and during the dusk hours, the diagonally opposing one. In the same manner, during the Winter Solstice, the other two angles are equally illuminated by the solar rays. On equinox days, alternately the Eastern and Western stairs get illuminated at dawn and dusk.

Festivals were celebrated during the time that the 91 steps of the pyramid get illuminated, both at dawn and dusk hours, resembling a shining serpent which was revered as it crawls down the stairs of the pyramid. During the four days of festivity, pilgrims used to visit the pyramid to experience the qualities of each cardinal day in order to integrate them into themselves and then return to continue with their alignment and meditation practices. Each temple was unfailingly visited four times a year so as to integrate into oneself the impact of the qualities of the four cardinal days of the 2 equinoxes and the 2 solstices. On each quarter, pilgrims assimilated in their daily routine the nature and characteristics of the related zodiacal sign.

Gaia, the being in which we live, has many energy pathways which may be considered to be the “arteries” of the planet. Some significant landmarks for pilgrims are located along them. Temples and cathedrals have been built at these spots throughout human history. In the Iberian Peninsula some emblematic destinies for pilgrims are the Camino de Santiago (“Way of Saint James”) starting in Central Europe, goes through France and crosses the North of the peninsula, ending at Santiago de Compostela Cathedral and the Cape Finisterre. Others may be Basilica del Pilar in Zaragoza, the Virgin of Montserrat sanctuary on the holy Montserrat Mount near Barcelona, La Vall de Núria (Valley of Nuria) Sanctuary on the Eastern Catalonian Pyrennees, and the colourful and devotional Romería de El Rocío in Andalucia. In Portugal, pilgrims tour to Fatima to receive the blessings of the Virgin.

In the South of France, Lourdes is the favourite destination known for its waters which have been attributed to have some healing properties; in Great Britain, the famous Celtic Pilgrimage passing through Stonehenge and Glastonbury; in Greece pilgrims could read in the Temple of Apollo in Delphi “Nosce te ipsu”, meaning, “self-awareness”. In the Middle East, in Israel, pilgrims come to pray at the Mount of Olives, the Gethsemane Garden, the Church of the Holy Sepulchre, Mount Zion, and Ismael’s Grave. Jordan River and the Dead Sea are Essenian routes toured through millennia.

In Jordan, the Lost City of Petra, with its uninhabited cathedrals carved down into the mountains, is peregrinated from end to end, and on top of The Stone City, there can be overlooked The Great Rift Valley originating in Africa with its 4,830 km—an energy line running across the globe from North to South from the Red Sea through the Jordan Valley and Ethiopia up to Lake Victoria in the regions of Kenya and Tanzania wherein the spirit of the imposing Kilimanjaro resides.

In Ethiopia, the pilgrimage route of the Orthodox Christians crosses over the Blue Nile waterfalls, Lake Tana with its wonderful orthodox cathedrals, Axum city (custodian of the Ark of Covenant), the holy city of Lalibela with its beautiful temples hewn into the stone through some technology so far unknown to science, and the esoteric centres on the South in the Afar Desert where our ancestor, the “Australopithecus afarensis” (named Lucy) hominid, has been found in a good state of conservation by the archaeologists.

Alexander the Great, an initiate king, realized that the Ethiopian Nile River and the Indo River were no other than a sole river originating in Mount Kailash in Tibet. The Indo River streams subterraneanly under the Arabic Sea to finally find its outer expression in Egypt coming to light as the Ethiopian River or the Nile. In fact, the current of knowledge has also streamed from Ethiopia to Egypt and then through Greece to finally reach the European continent as a substantial legacy itself.

There go the pilgrims, ascending through valor, always lead by love along the cloudy road.
It is the inner destiny, a quest for transcendence, through the imposing presence of the Andean heights, all after the adventure, of the lofty consciousness.

In India, the sages anchored some vibrational frequencies proceeding from the cosmos, and on the four cardinal points colossal temples were built to which still nowadays millions of pilgrims tour every year. Daily rituals are performed by consecrated priests, and mantrams, suktas, and stotras chanted in Sanskrit energise the surrounding environment and the pilgrims gathered around. In the North, on the Himalayas, where very high frequencies stream all around, the Badrinath, Kedarnath, Gangotri, and Yamunotri sanctuaries are emplaced. In the South, there is the majestic temple of Kanyakumari, and in Tirupati (Andra Pradesh), the Seven Hills Temple devoted to Venkateshwara (or Vishnu), the highest, most sublime expression of wisdom and unconditional love.

On the East, there is the Puri-Jagannath Temple, one of the oldest constructions in India, where it is recorded that Jesus studied before his twentieth year. Later, he travelled to the sacred temples of Nepal and Tibet where he completed his mastery training before returning to Israel. On the West, in the Gujarat peninsula, the temple of Dwaraka is revered for being the place where Lord Krishna reigned until his one hundred and sixth year. Likewise, in the Indian subcontinent, there are 12 nodal points called jyotirlingams, to which thousands of pilgrims tour to participate in the initiation rites. These twelve magnetic centres are directly connected to Mount Kailash situated in the Trans-Himalayan region. The Vedic tradition recommends that pilgrims receive the blessings at the Sanctum Sanctorum of these twelve temples in which daily the Brahmin priests also perform rituals chanted in Sanskrit called poojas.

The following twelve jyotirlingams described in the Shiva Mahapurana and still active today:

• Sommath in the Gujarat region,
• Mallikarjuna in Sri Sailam, Andra Pradesh (described by Madame Helena P. Blavatsky when she peregrinated there in the past century)
• Mahakaleshwar,
• Omkareshwar and
• Kedarnath in the Himalaya,
• Kashi Vishwanath in Benares,
•Trimbakeshwar Shiva-Temple,
• Nageshwara in Dwaraka, where Krishna ruled as a king,
• Baidyanath,
• Rameshwar,
• Ghrishneshwar and
• Bhimashankar in Maharashtra.

Benares is one of the most symbolic destinations in India, a holy city whereto many Asian sages peregrinate and a favourite place by Hindus to depart from their physical body. In Benares, Varanasi, or Kashi (its original name meaning “the jewel in the lotus”), countless are the temples and sanctuaries which have been visited down the centuries. Here streams the holy river Ganges proceeding subterraneously from Mount Kailash. A sine qua non for every pilgrim is to dive into its healing waters in order to absorb the energy currents that flow through this holy river; currents which will necessarily cause some transformations in the pilgrim.

In America, the magnificent Andean pilgrimage to the Sanctuary of Lord of Quyllurit’i near Cuzco, at the feet of the snowy Ausangate Mount in Peru, is one of the major religious events in the Andes celebrated in honour of Lord of Quyllurit’i. It has an attendance of over 10,000 pilgrims touring from all points of Peru to this sanctuary on the Andean valley situated at 4,700 m above sea level. This place has been declared national cultural heritage in 2004, and in 2011 UNESCO acknowledged the Pilgrimage to the Sanctuary of Lord of Quyllurit’I into the Intangible Cultural Heritage of Humanity List. Also in Peru, the textile art of Taquile Island on Lake Titicaca has been included on UNESCO’s list as an intangible heritage. Lake Titicaca is another important focal point of perennial wisdom in America, and already in the times of the Incas, the Sun priests performed some sacred rituals for the benefit of humankind in plain sight of the pilgrims.

The quest of the human being for the inner, the profound, and the thorough self-transformation is what moves the pilgrim to undertake such enterprises on his journeys to remote places, sometimes of a very difficult access, overcoming his own physical, emotional, energy, and psychic limitations. Understanding and loving one’s fellow beings, being compassionate and tolerant with them, thinking anew, thinking in the heart… Thinking and feeling from the heart is the profound purpose of a pilgrimage. In this manner, we can consciously connect to the entire planetary and cosmic web, thus serving the plan of evolution. This is the way of the heart which is the way of synthesis 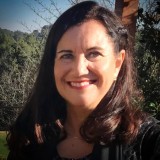 Rosa Sorrosal Marí. Born in Barcelona on June 15, 1965. Graduated in Clinical Psychology at the University of Barcelona in 1989. Collegiate No. 8921 at the COPC (Col.legi Oficial de Psicòlegs de Catalunya). Trained in quantum Biophysics, Quantum and Bioenergetic Medicine, Platonic Solids, Sacred Geometry, Pythagorean tuning forks, Sonic Therapies with quartz, Auriculotherapy and Magnetotherapy, from 1999 to 2004. Diploma in Chromatotherapy and Chromatopuncture from the C.E.R.E.C (Center d'Etudes et recherches sur l'Énergie et la couleur, de Paris) with Dr. Christian Agrapart, years 1999 and 2000. Graduated in Geochromotherapy and Geobiology by the Universal Association for the Investigation of Shape and Color. Flower therapist trained in the systems of Dr. Edward Bach, California Flowers, Amazonic Flowers, Australian Flowers (bush system). She took introductory Homeopathy courses at the Institut Homeopàtic de Catalunya. Trained in Homeospagyria, alchemical homeosynthesis, by the S.E.I.S (Society for Spagyric Studies and Research). Graduated from the School for InnerSound, in the International Program of Education in the Therapeutic Use of Sound, Music and fingerboards, obtaining the Titles of Practitioner of SoundTherapy and Practitioner of Tunning Fork InnerSound, in 2001. Diploma in SINTERGÉTICA with Dr. Jorge Carvajal and team (Viavida Foundation, ViaSer, AIS), from 2001 to the present. Active member of the AIS, International Association of Sintergetica. She currently continues to train in Consciousness Psychiology, combining her activity as a health professional at CENTRE MÈDIC MATTERHORN, in Barcelona, ​​Spain. WTT Partner. World Teacher Trust.