East and West – Towards A Culture of Synthesis

Orient and Occident, East and West, spirit and matter, light and darkness, male and female, synthesis and analysis are all manifestation of the “Law of Polarity”; one of the seven Universal Principles of creation according to Hermes Trimegistus. The other six principles are: Principle of Mentalism, of Correspondence, of Vibration, of Rhythm, of Cause and Effect, and of Gender; all of them being principles of a higher order that rule the life of every being on the planet.

That the Earth and, consequently, humankind evolve towards a culture of synthesis is something evident even though cannot perceive it or we resist this trend. We can see it daily around us in the politics, the economy, the society, or the science.

However, this movement is not a recent phenomenon. In the last centuries, certain people in all spheres of life both taught and exemplified the culture of synthesis. Krishna, Buddha, Confucius, and Patanjali in the East; Socrates, Plato, Pythagoras, Jesus, Paracelsus, Hanemann, Helena Blavatsky, and Alice Bailey in the West were examples who embodied synthesis in their lives. In the East, specifically in India, “Yoga” is a Sanskrit word which describes this aspect of “synthesis”, of “unity”. Yoga is not only some physical exercises (Asanas) but a genuine “Science of Synthesis” guiding the human being into self-realisation. Texts like the Bhagavad Gita or The Eightfold Path of Yoga – the latter by Patanjali – are true treatises on perennial wisdom that humans have had at their disposal for millennia. They are timeless texts whose import transcends frontiers, nationalities, and religions and precisely carry in them that energy of synthesis allowing the information to be useful to any person whether they have a Western or an Eastern vision of life. Likewise, the gospels inspired by Jesus’ life show the same path of synthesis that other beings lived before.

Jesus was born and grew up in Israel (The Middle East), was trained in all of the fields of exoteric and esoteric knowledge in the Far East (India, Nepal, Tibet), and came back to Israel to spend his last three years in order to consummate his planetary service labor. Here therefore was a person who was born, grew up, and left his physical body in the East profoundly inspiring the West with his life and teaching. This is synthesis!

The Middle East represents, in planetary terms, the place where, as a humanity, we are at this point in time venturing our evolution

The Middle East represents, in planetary terms, the place where, as a humanity, we are at this point in time venturing our evolution. Turkey, Syria, Israel, Lebanon, Iraq, Iran, all a melting pot of numberless civilizations, are the greatest challenge that humanity has at present to be born into a genuine culture of synthesis. What is clear is that in order to solve this conflict we shall have to raise the bar of our present moves.

The above mentioned Great Beings have left us the key to solve any conflict. Unfortunately, the human being creates religions to worship the individuals, but they do not follow the teachings and examples given by that Being in order to show us the way to take. The “An eye for an eye and a tooth for a tooth” is useless in the medium and long term. This has been exceedingly proved. The sun rises in the Far East, reaches the zenith in the Middle East, and sets in the West. Establishing an analogy, the East would come to represent our head, the Middle East our thorax, and the West our abdomen. Where are we placed now as humanity? In the diaphragm, that is the turning point in us between the higher and the lower, the human and the animal, the cordial and the visceral, altruism and egoism, unconditional love and attachment-aversion.

Speaking about a culture of synthesis implies speaking about cordiality which derives from the Latin word cord, cordis. What do the following words have in common, cordiality, cardiology, accord, record, courage, concord? All of these originate in the Latin word cor.  Even the word “memory” relates to the heart. The ancient Latins called the heart “mind”, and “keeping something in one’s heart” is a synonym of having one’s mind focussed on something or having that something present inside. Hence, memory is not a mental thing but something of the heart (something “cordial”).

Out of all these reflections a practical proposal arises: if we wish to progress towards a culture of synthesis, we must begin “to till the land” in each one of us. Such “land” is our personality, and the consciousness – the soul – is the farmer. Philosophizing and trying to help the outer world without changing our inside is a loss of time; furthermore, when most of the actions in the world are based on critics and judgement. How easy it is to see what others should do differently and how hard it is to see what must be improved of ourselves! We aim at having a more satisfying, merrier, and more prosperous life. Paradoxically, we do exactly the opposite to attain our aim.

The energy of synthesis that is present at this moment is a golden opportunity to tune ourselves to the planet and the nature in which we live. How could it be if we could relate with each other cordially? And what if each time that we recall something or someone we did ‘from’ and ‘in’ the heart? And what if every time that we come to an agreement we did from the heart? And if the memories were located in the heart? And if courage, instead of being originated in the solar plexus or the genitals, were anchored in the heart? Then, we would be living in synthesis without knowing or seeking it.

At the heart – states the Eastern Wisdom – the light of consciousness, the soul, gets manifested. This light is called “Buddhi”. From here comes the word “Buddha”, literally meaning “the enlightened one”. Jesus calls this “manifesting the kingdom of God upon Earth”.

In us, the spiritual and the material, the male and the female, the capacity for analysis and that for synthesis simultaneously coexist. We know the theory quite well, but we still need to put it into practice. Let us sincerely pledge to establish the culture of synthesis in us rather than waiting for others to do it. To do this, let us symbolically rise from below the diaphragm up to the heart. These are just a few centimeters on the body, but great expanse in practical life. Let us try to see life around us from the heart, let us live and feel from the heart! This is no romantic or philosophical matter but an absolute essential to modify that which prevents us from participating in creation as the co-creators that we truly are. Recollecting (“re cordis” in Latin, meaning “to pass again through the heart”) our real nature and manifesting it in each of our thoughts, words, and daily actions will enable us to establish the Light of the East, through the heart, upon the West. 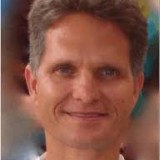 Dr. Miquel Samarra Stehle, born September 27, 1963 in Barcelona. Degree in Medicine and Surgery at the Central University of Barcelona in 1988. Medicine specialist in Sports medicine at the University of Barcelona in 1993. Medical director of the Centre Médic Matterhorn since 1994 Expert in dietetics and nutrition. Extensive work experience as doctor in different hospitals in Catalonia, mutual accident and occupational diseases and mutual sports. From 1999 until the present, he has complemented and deepened the academic formation with the study of traditional oriental medicines, as well as other therapies based on Bioenergetic and vibrational aspects, which allowed him to get an holistic and integrative approach to health and disease. A motto that guides his life is the phrase from the well-known book of Antoine de Saint- Exúpery, “The lLttle Prince“: What is Essential is invisible to the eyes, one sees well only with the heart".