The measurement of the peripherally palpable heart rate is only one of the criteria of traditional pulse diagnosis. For TEN, it is one of the most important methods for the evaluation of the current disease situation and should be carried out at each consultation. During the palpation of the radial artery the following criteria are analyzed:

Strength, resp., weakness of the pulse wave
its length and width
its fullness, resp., flatness
its rhythm
the suppressibility of the pulse

From the combination of these conditions, approx. 30 pulse pictures result, from which the dominant humoral-medicinal state becomes recognizable at the time of the examination.

From the evaluation of the urine, conclusions can be drawn with regard to the mixture and quality of the cardinal humors in the human body. From ancient times until the late Middle Ages, urine diagnosis played an important role for the evaluation of pathological changes of the cookings and further humoral processes. Here, the morning urine is examined after a resting time of 2-6 hours with regard to aspects like amount, colour, smell, consistency, solid matter, and others. A viscous, whitish type of urine is for example associated with phlegm.

As a further development of urine diagnosis, some TEN therapists make use of the so-called cooking tests, during which various reagents are added to the urine.

The iris diagnosis provides information on the constitutional situation and thus about the genotypically susceptible and phenotypically individually distinctive humoral-medicinal reaction patterns of a person. In TEN, it is therefore the most important diagnostic foundation for a long-term constitution therapy.

Also the tongue – frequently called the “mirror of the stomach” – allows diagnostic conclusions with regard to the functionality of the assimilation organs, the quality, and the quantity of the humoral principles, and the character of disease processes. Changes of the form, the colour or of the coating of the tongue are interpreted.

The following aspects are evaluated in their individual combinations (by way of an example):

Sanguine tongue with a hint of heat at the tip of the tongue.

In the pure form that only rarely occurs in reality, a sanguine tongue is for example of a rosy colour, broad, and well filled with blood; the surface is rather smooth and moist, – on the other hand, a choleric tongue is bright red, dry, as a sign of heat and lack of moisture. Frequently, yellowish coatings or red dots occur on the surface.

4.1.8    Diagnostics and Therapy via Reflex Zones and Somatotopies

In this domain, modern neurological findings of the reflective connection between internal tissues and the body surface are linked with the traditional teachings of the consensual organ relations. Basis for the therapeutic methods to be applied, however, are mainly the defined allocations of pathofunctional and symptomatic states to the humoral qualities. Here are three examples:

Decisive for the choice of the therapy methods is their humoral objective in accordance with the current situation of the patient. In principle, this can be reached with different methods, for example with purgative and draining measures, manual and physical therapies, but also with physiotherapeutical applications that can be chosen, resp., modified in accordance with the humoral criteria.

Dermatomes according to Head

In facial diagnosis, the face is looked at in order to recognize internal diseases through outward phenomena. By their direct relationship with the respective organs, outwardly visible signs can be interpreted, by which the emergence of chronic diseases can often be recognized at an early stage and their manifestation can be prevented. Individual signs, however, cannot be regarded in isolation but the entirety of the impressions is linked with the findings from the overall assessment of TEN.

Publication of all photos and graphs with the kind permission of Bacopa Publishers. 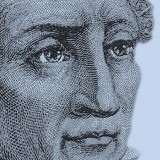