What the people should know

All who know and desire the benefits of the homoeopathic system of medicine, or art of healing, should acquaint themselves with the customs of the strict practitioners in order to avoid the deception of pretenders who are willing to imitate for diminutive fees, having no consideration for the patient nor the art of healing.

There are physicians who call themselves homoeopaths, but are so only in name, as they do not follow the methods worked out by Hahnemann.

They give two medicines in one glass or alternate in two glasses, or in some cases give medicine in three or four glasses.

They do not conform to Hahnemann’s rules in taking the case and writing and preserving full records of the cases.

The people who are acquainted with these facts cannot protect themselves against such impositions.

The false and the true pervade all experiences and conditions of life, and the unenlightened and simple suffer by the deceptions of the false.

The time has come when the followers of Hahnemann should furnish information to the people in order that they may recognize the genuine if they desire the benefits of the homoeopathic art of healing.

It should be known, first of all, that true Homoeopathicians write out the symptoms of each and every patient, and preserve records for the benefit of such patient and the art of healing.

A moment’s thought must convince any person that human memory is too uncertain to be trusted with the long record of symptoms, even in a small practice; then how much more does the busy practitioner owe it to his patients to keep accurate records of their sicknesses ?

No physician is competent to, make a second prescription if the symptoms upon which the first prescription was made have not been recorded with fullness and accuracy.

Often in such a. case the neglectful physician has forgotten the remedy given, even the one that has caused great improvement, but as there is no record of the case as to remedy or symptoms, and many of the latter have passed away, there is nothing to do but guess at a remedy, which generally spoils the case or so confuses it that the case seldom ends in a cure, and the sufferer always wonders why the doctor, who helped her so much at first, lost control of the case.

Many cases that should end in perfect cure result in failure from the above negligence.

Under such circumstances, when the physician has made a bad guess, he goes on spoiling his case by guessing and changing remedies to the disgust of the patient and injury to the art of healing.

Such failure leads to the experimentation and temporizing which lead to disgrace. The people should be able to know whether a physician is what he calls himself, or is of another sect. The temptation is very strong to be “all things to all men.”

The people should not expect to obtain homoeopathic results from a physician whose methods are not in accordance with the homoeopathic art of healing.

If a person wants mongrelism, regularism, polypharmacy, etc., by knowing the methods of the homoeopathist, he will be able to discriminate and select the kind of his preference, and it is reasonable to suppose that if he does not want a homoeopathist he will be glad to know how to shun him.

Nothing is more humiliating to a Hahnemannian than to be called to the bedside and find that the people do not want him; but actually want one who gives medicine in two glasses because some old family doctor did so.

Therefore, this information is as useful to him who would avoid a homoeopathist as to him who desires one.

Homoeopathic patrons going abroad and those far removed from their own physician, often ask for the address of a good Hahnemannian. Such address cannot always be given, yet there are many reserved, quiet Hahnemannian physicians scattered over the world, but they are sometimes hard to find.

As far as possible, traveling homoeopathic patients should carry the address of Hahnemannians. In the absence of this a test may serve the purpose.

Go to the most likely man who professes to practice after the manner of Hahnemann and tell him you want to consult him; but unless he writes out all the symptoms of the case as directed by Hahnemann, and continues to keep a record for future use, you cannot trust your case with him, as you have learned to have no confidence in the memory of the man.

If he refuses to do this because of lack of time or ignorance, he should not be trusted, and it is best to bid him “good day” at once.

If he be what he professes to be, he will be delighted to find a patient that knows so much of his system of practice, and the patient and physician will become fast friends.

There is another matter that the people should know about; that the homoeopathic physician cannot prescribe on the name of a disease; also, that names are often the cover of human ignorance; also, that two sicknesses of the same name are seldom given the same remedy.

If a physician could prescribe on a name there would be no necessity to write out the many pages of symptoms that some long cases present.

The name of the disease does not reveal the symptoms in any case of sicknesses; the symptoms are the sole basis of the prescription; therefore it will appear that the name is not necessarily known, but the symptoms must be known to the physician in order that he may make a successful prescription.

A little thought will enable a patient to ascertain whether this work is being done with care and intelligence or with ignorance, inexperience and laziness. It matters not from what excuse, if the physician fails to ascertain all the general and particular information in a case, he should not be trusted, as this labor, well performed, renders the rest of the work easy and a cure possible.

The people should also know that when such a record is on paper it is in such form that the patient may become the object of great study.

In no other form can a likeness of his sickness be presented to the understanding of the true physician.

Any physician who sneers at this plan shows how little he values human life and how much he falls short of a Hahnemannian.

The people should also know that the true physician may now compare such a record of facts with the symptoms of the Materia Medica until he has discovered that remedy most similar of all remedies to the written record.

And when the patient has become intelligent, he will say to his physician :

“Take your time, Doctor. I can wait until you find what you think is the most similar of all remedies, as I do not want to take any medicine you are in doubt about.”

This statement makes a grateful doctor, as he now knows that he is trusted and known, and has a patient intelligent and considerate.

Under such circumstances the doctor can do his best and such patients obtain the best and uniform results.

People who are not thus instructed become troublesome to the physician, and even suspicious, when they need to inspire him with full confidence, and sometimes they even change physicians and do the one wrong thing that is against the best interest of the patient.

It is possible and desirable for the people to be so instructed that they may select the safest physician and know when he is working intelligently.

People who are instructed do not intrude upon the physician’s sacred moments, but, on the contrary, aid him with trust and gratitude.

Only the ignorant suggest this and that in addition to what is being done, and the more ignorant the doctor the greater is the number of things resorted to make himself and others think he is doing something.

The intelligent physician does what law and principles demand and nothing more; but the ignorant one knows no law and serves only his wavering experience, and appears to be doing so much for the patient, in spite of which the patient dies.

The physician must often long for a patient so well instructed as to say :

“Doctor, if you are in doubt about what to give me, don’t give me anything.”

Such words could only come from one who knows that there is a law governing all our vital activities, and that law must be invoked or disorder must increase to the destruction of all order in the human economy.

If it were not true that the human race is ignorant of the highest principles of science, mongrelistic medication could not find support upon the earth.

It is true that if the people would study Hahnemann’s Organon and thereby secure the safest medication for themselves and their families when sick, crude compounds and uncertain medication would not be the rule as it is at the present day.

In all trades a man must be somewhat skillful in order to gain entrance to an intelligent patronage; but in the profession of medicine, personal tact excuses such lack of training and ignorance of all science of healing.

People who know what homoeopathy really is should seek to introduce the principles among the most intelligent people by reading, and not by urging upon them a favorite physician.

(With the courtesy of Author)

Dr. K. S. Sastry is a renowned Homoeo Physician. He has the rightful place in the eld of Homoeopathy. He is a true practitioner of Homoeopathy and is fully obedient to the cardinal principles of Homoeopathy laid down by Dr. Samuel Hahnemann. He has been practitioning Homoeopathy over 35 years on a charitable basis. By this he distinguishes himself by the contemporary Homoeopaths. In spite of more than three decades of experience, he still remains an ardent student that looks for new vistas of understanding Homoeo Science. He authored a few books on Homoeo and he is a philanthropist that looks forward to serve the society in every possible way. 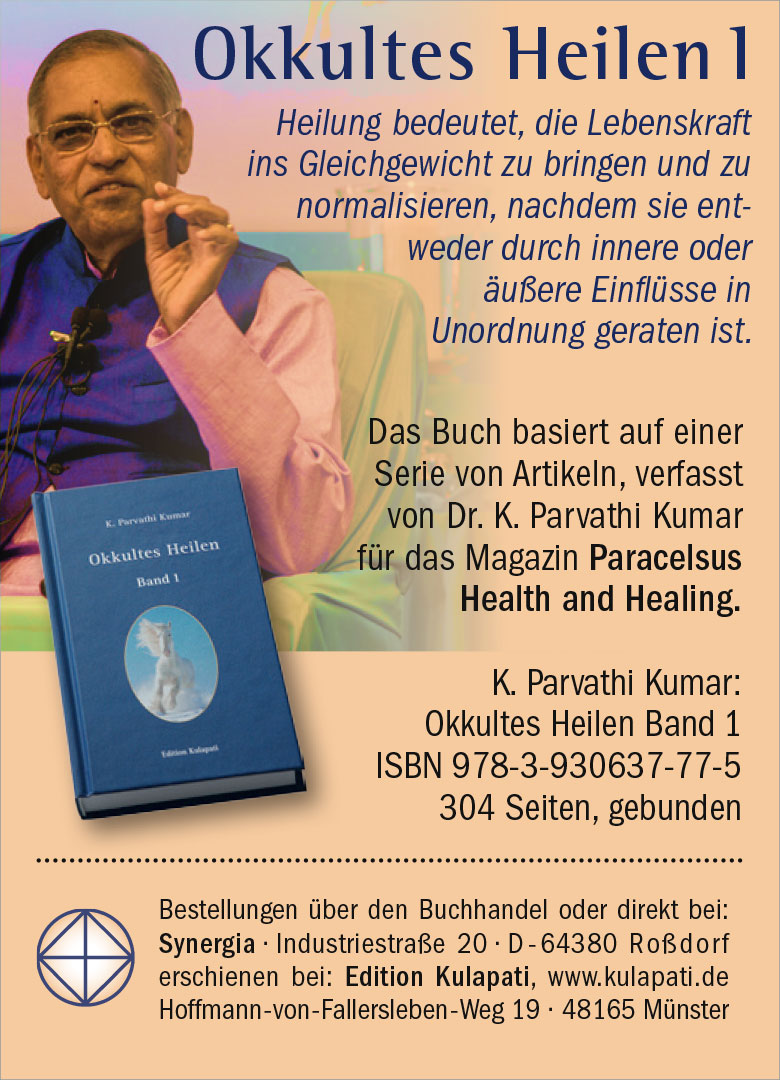