Four year old Leila is seriously disabled. She is spastic, has no swallowing reflex and is fed by a naso gastric tube. She is unable to speak, sit or walk. Her twisted body lies motionless. Her mother holds her in her arms und strokes her gently while she speaks to us about healing with energies. “I´m unable to perform this type of healing. One probably has to have a special gift for this.” She looks at her daughter lovingly and continuous stroking her gently.

Leila makes a movement with her mouth as though she is laughing. “When she reacts this way, I feel rewarded for my effort”, says the mother. Everyone is deeply moved by her devotion. I explain to her that this declaration of love is what we understand about energetic healing. I explain to her, that she can perform it better than most of us. All she could learn about this method is the improvement of the technique. She looks at me incredulously. “I´m not doing anything special, I just stroke Leila.” The flow of ones pure devotion is not an activity we are aware of. It is love that flows both ways.

We experience with Leila, what all parents do if they love their children. We as a whole do this when we love. When the heart overflows, energy will flow. There is nothing mystical nor magical about it. It is part of our daily, normal life. When this energy transports love, it has a beneficial effect.

Healing energy does not only flow between loved ones. Therapeutic hands on application is a technique everyone can learn quite easily. It is an ancient skill within us. All we have to do is to awaken it again. However, loving devotion of the moment of the therapy should always be present.

In almost all ancient cultures and primitive peoples, healing was always known through laying on of hands or other forms of energy flow, whether it be amongst the northern Sami, the Indians of North and South America, aborigines of Australia, the shamans of the Altai mountains, the African savannahs, healers in India, China and many other cultures. Even in the middle of Europe you will find healing traditions. Even today, in remote, ancient villages you can find lost healing traditions. These healers are often asked to help cure illness.

Most people don`t realize that these therapeutic touches in form of the Therapeutic Touch have long since found a place in hospitals, nursing homes, hospices and other areas of health care. It is represented well in Europe, especially Germany, Austria and Switzerland. The private sector uses it as well, be it for the daily aches and pains or caring for seriously sick family members and friends.

What is the Therapeutic Touch?

The Therapeutic Touch was developed in the USA in the 1970. The nurse Dolores Krieger and healer Dora Kunz developed this method. It was their desire to develop an energetic method that could be applied easily in conventional everyday medical practice. Their method became an instant success. The time was ripe for everyday use.

With the Therapeutic Touch you have discovered energies that have always existed. The specialty of the Therapeutic Touch is, old knowledge rediscovered. It has existed previously and is taken up again and communicated in a compressed form. This way people can learn this method quickly and easily. We speak of a modern and contemporary form of laying on of hands.

The individual steps to treatment

Each and every treatment is individual and slightly different. However, the following steps are almost always included:

The user of the Treatment focuses its complete attention on the client. She uses her hands to feel the energy field around the client without touching the body. Through this first palpation, she receives information about the palms where the energy is currently not flowing optimally. Where are the irregularities? Where is additional energy needed? By gentle stroking hand movements, first disturbances are removed from the energy field.

Afterwards, the healer gradually puts her hands on the body parts that currently need the extra energy. She adds this energy through her palms. She can also move energy or remove it to other parts if it is necessary, if there seems a blockage somewhere.

Finally, the energy field is scanned to find the change that has occurred or if at the next treatment work should be continued.

Specific diseases are not treated or targeted. The body`s own energy is revitalized, making it possible to bring it to order. It activates the body`s defences and this in turn leads to the body conquering or alleviating an illness.

What can be accomplished with the Therapeutic Touch?

We do not heal. Healing is a promise that we cannot give. If one’s own bodily energy system is strengthened enough, healing will occur. What we as applicants do, I call “touch healing”. This way we avoid getting into the dubious realm of the self-proclaimed “miracle healers”.

The Therapeutic Touch can be used in almost all physical and some mental disorders. The effect on restlessness, stress, fatigue, anxiety, wound healing as well as pain is particularly well documented. It is also suitable for strengthening the immune system and the general support of the healing process.

Some examples of my practice.

The CEO of a medium -sized company came with hearing loss and tinnitus. He had been treated by a nose and throat specialist for half a year. The result was negative. He had problems accepting this condition. Being a normal individual, he made it perfectly clear, that he is not a believer in something like the Therapeutic Touch. Because of his dizziness, loss of hearing and whistling noise in his ear, he was desperate enough to try this method. He started three treatments at intervals of one week. During the treatments he hardly spoke or reflected on his well being. Overall, he gave a very sceptical and critical impression. However, he visibly relaxed during his treatment on the couch. On his fourth session, he was surprisingly in happy spirits. He was too proud to tell me that his condition became forthcoming from day to day. Even days after the treatment he felt how the symptoms had declined. After a visit to his physician, it was confirmed with conventional methods of measurement, that all his symptoms had disappeared. There is, however, still a remnant of tinnitus. Unfortunately, a new job and the associated move prevented us from tackling the remaining tinnitus. I asked him what his doctor said about this other way of treatment? He said: “For God`s sake, I don`t dare tell him what I did” or something like that. “ It`s a pity”, but very often the case. Doctors often don`t know what sort of help their patients are looking for. They don`t see the background to their seemingly “spontaneous” cures.

An elderly woman came with several complaints. I have energetically energized and balanced her various physical weaknesses. As she lay on the couch to rest after the treatment, we spoke for a while and I put my hand on her right knee. I gave it no thought while I did that. During her next appointment she told me about a chronic problem with her right knee joint. She has had it for years. Since her last treatment, “unconsciously” done by me, the pain subsided while walking. How was I able to know that her knee was out of order? She had forgotten to tell me about it. All I could answer was that I had not consciously perceived it. My hands were unconsciously drawn toward the aching knee.

The effect of energy treatment is not limited to the body. When more energy is flowing, it is much easier to take inner steps. In my work, mental and emotional issues are a major part of the healing process. During a session, I often try to go with the client to a deeper layer of the current problem. We look at the entanglements and injuries that may have led to physical symptoms. Often they are distant. The shared inner journey that we undertake may be accompanied by tears as well as laughter and ultimately by infinite relief when an old heavy load can be discarded.

A 55-year-old woman reported severe lower back pain. It had persisted for years and was unmanageable despite osteopathy, acupuncture and massages. I deliberately went deep into the tense muscles with energy, deeper than is possible with a purely manual massage. Already at the first session, I felt a deep sadness at the painful places. I only spoke about it after she had been with me a few times and a basis of trust had been established. I then asked her, at her full attention, to go with me to the painful spots and to find what is there. Firstly I asked her to describe the spot- the size, shape, colour and substance. That was quite easy for her. After these first perceptions, the door was open for the next question, – what do you feel here? As she traced, I continuously added energy and solved indurations. She quickly realized what feeling prevailed at this point. It was deep sadness. The underlying topic was quickly clarified, albeit in this case very surprising for the woman. She had lost her partner a few years ago due to his sudden death. Shortly thereafter, she learned that he had had another relationship for years. This with a woman from their mutual circle of friends. She had never really allowed herself to grieve deeply for him and her lost love because of that shock and the ensuing anger and deep injury. While she was in tears for the first time in years, we went to work to energetically healing the wounds. What was not suitable was taken away, what needed to change got a new colour, a different structure or density. It was easy for her to make these mental changes. There were only a few more appointments necessary until the back was painless. She no longer had the task to point out the still-open pain in her life. 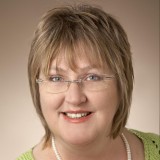