A Mom with Meniere’s Disease and a Daughter with ADHD

What all you need is Homeopathy. Sometimes Less is More

It strains the mind of skeptics that medicine as gentle, natural, and diluted can have any effect, much less be one of the most powerful healing modalities on the planet.

We rarely see patients who come to us first. Most have been through the revolving door of conventional therapies. And, often, they have tried a variety of natural therapies and finally ended up in our office because they have heard others sing the praises of homeopathy. In one of our earliest books, Ritalin-Free Kids, we implored parents to try homeopathy first because the family could have much to gain, little too lose, and could possibly save themselves years of therapy, drugs, expense, and unhappiness. Unfortunately, homeopathy has the reputation among many to produce results slowly. The pace of healing depends on many factors, but often the progress is slow because the right remedy has not been given.

So, when Gretchen, one of our mom patients, came in recently extolling the virtues of her family’s care and reminding us that the first remedy worked beautifully for both of them, we thought it deserving sharing in our column:

I was thrilled with the speed and precision of the effect of a homeopathic remedy for my young daughter’s emotional outbursts. We had started on a path of counseling and behavior training when a friend recommended we consult with you. At our first consult I felt he really heard our concerns and could see my child’s energy and behavior patterns. It was such relief and so validating to feel seen and heard.  They prescribed a remedy that helped curb her outbursts within a few weeks. Soon my daughter’s kindness, empathy and intelligence became the forefront of her personality instead of anger and acting out. I highly recommend homeopathy as a frontline therapy for behavioral issues. The results were stunning!
Then I decided to become a patient after a relapse from Meniere’s Disease, causing inner ear, hearing issues and vertigo that were affecting my daily functioning. I had previously undergone surgery and received a different remedy from another homeopath 15 years earlier. When the old remedy was no longer working I consulted the Ullmans. In sharing my health history, the comprehensive questions about my physical symptoms and emotional patterns helped to find the perfect remedy. The symptoms of pressure in my ears and face subsided over several weeks and the Meniere’s Disease once again went into dormancy. I’m so grateful for the careful assessment skills and close follow-up to help restore my quality of life. Homeopathy has helped me maintain health in a way that western medicine could not.

Kylie is an extroverted child who craved stimulation. Transitions were tough for her and, consequently, for the family. She could be brilliant out in the world—kind, compassionate, thoughtful. But she saved her worst behavior for those closest to her. An outburst could occur at any time, but especially in the morning and at bedtime. Gretchen described her as “obstinate, intense, persistent, and challenging.” Kylie was highly demanding of her parents’ attention, to the detriment of her younger sibling.  She talked incessantly.  Showing off was her M.O. to attract attention however she could. Quite the dominant member of the family, Kylie’s sister was comparatively mild-mannered and accommodating. Simply put, she was a little girl with a big personality and a big sense of entitlement.  When she didn’t get her way, in public or in private, she threw a tantrum on the floor, kicking and screaming, whether at home or public. A “watch-me” kind of kid. Kylie would do most anything to keep all focus on her. The more over-stimulated she became, the more resistant and insistent to the point of calling her mom names. The family felt they were walking on eggshells to avoid and manage Kylie’s meltdowns.

Kylie was candid during my interview with her. “If I don’t get what I want, I whine or cry or punch. Or I bite my mom or dad on the shoulder or my babysitter’s thumb. I don’t like my parents’ rules so I get back at them. Tell them I hate them.” (Kylie’s mom described this as preemptively striking back). “I used to lie and steal in school. I don’t anymore. But I still get mad when I’m punished”.

We gave Kylie one dose of Lachesis 200C made from the Bushmaster snake. The hallmarks of children needing this remedy are dominance, jealousy, revenge, and, most of all, a tendency to do anything and everything to get all the attention.  Those needing homeopathic remedies prepared from animals exhibit tendencies of competitiveness, territoriality, violence, and dominance and aggression.

Gretchen: “Kylie’s language has become respectful and kind. She was making better choices. Not so much tit for tat. She had much less of a need to get back at people. Maybe it’s the stress of school starting, but she’s slipping a bit.”  We repeated the remedy.

Gretchen: “She’s getting mad much less, feels better overall, and loves school. She’s quite empathetic and is learning to be a really good friend.”  Kylie told us that she’s able to make much better choices. We gave another dose of the remedy to hold for the future.

Mom: “She’s been doing awesome. She can still get upset but the household is no longer on pins and needles. Her self-talk is positive. Overall she’s doing quite well in school. We didn’t need to give her the dose of the remedy we were holding.”

Gretchen: “Kylie had been doing really well until recently when her dad and I separated. She’s confused about living in two houses and her behavior is relapsing. “We repeated the Lachesis 200C.

Mom: “Kylie’s been doing absolutely fabulously. Kind, super loving. She seems to be transitioning well to our separation. She loves learning to read. Kylie is much more cuddly with me”.

We’ll continue to support Kylie with homeopathy and she is likely to need a dose of Lachesis 1M at some point.

We first treated Kylie’s mom, Gretchen, eight months ago. An ER nurse, she was thirty-nine at the time. Her main concern was recurrent Meniere’s disease, diagnosed at age 17. “At that time I had terribly disabling vertigo attacks once a month. I would feel extremely nauseous to the point of being incapacitated in bed. If I moved my head at all, I would experience dry heaves. The room would just spin. It all came on out of the blue. Valium and a diuretic didn’t really help. Six months after it began, I had surgery of the left ear.”

“I could just wake up or be somewhere and, within half an hour, the room was spinning full on. I needed to lie down, but that didn’t end the attack. Any kind of movement made it worse. Or sitting up. I couldn’t read. I was violently ill. Just wanted to die. It’s the worst thing I’ve ever been through. It would wear off in a day.  I was okay for a year after the surgery.  I experienced a vertigo episode after the surgery then not again for a decade. Then we had some family stress and I came down again with vertigo. I saw another homeopath, but the remedy didn’t help.”

“I get a lot of fullness and pressure in my ear, face, eye sockets, and all over my head. Almost like a lightweight sandbag covering everything.  It’s like wearing ski goggles inside my head. And I’ve been getting headaches. A sensation of pressure all the way around my head.”

We asked Gretchen about her sensitivity. “I pick up a lot on people’s energy and nonverbal cues. My three-year-old asks me, ‘Mom, are you gonna cry now?’ I love to garden. It’s really therapeutic moving the dirt, planting seeds, seeing them grow, having food from it, being outside. “

It was clear which remedy Gretchen needed, but we wanted to confirm it by asking two questions: First, if she had any problem with seasickness. “Yes, when we went to Hawaii, I felt really nauseous on the boat. The same happened as a child traveling on curvy, country roads. I’ve never liked roller coasters. I’m prone to vomiting with the motion sickness. Going on a cruise sounds terrible to me.” Second, we inquired whether Gretchen had a caretaker personality. “Definitely. Even growing up I helped a lot with my younger brother. I had an exaggerated sense of responsibility at an early age.” We wondered if she had suffered from loss of sleep from taking care of others. “Yes, I still wake at two to three in the morning several times a week.”

Cocculus indica, a strong, climbing shrub that grows in Asia, fit Gretchen’s case very clearly. It is a great remedy for sensitive, worn out women (though it oculd be for caretaking men), who are exhausted from taking care of others. In the homeopathic literature this is called “night watching.” They typically suffer from motion sickness as well. We prescribed Cocculus 200C to be taken once. Those needing homeopathic plant remedies tend to be sensitive and, more often than not, enjoy being around plants.

“The Meniere’s is gone again. No more fullness or pressure in my ear, face, or head. No headaches either for a few weeks. I’m sold on homeopathy. My hearing is normal again. Almost no ringing in my ears. My husband and I have decided to separate, but I feel strangely really okay. This is a huge crossroads. I’ll be taking care of him less. My sleep problems are better the past two weeks”.

“I took one more dose of the remedy a month ago when I felt kind of fragile and overwhelmed. We are about to separate. I felt 90% better before. Now it’s 80%”.

Six and a Half Months

“A little background nose has been increasing lately in my left ear. Otherwise my health has been good. We’re six months into our separation. Overall I’m grateful to be moving on. I’m enjoying gardening”.

This mom and daughter are a perfect example of how deep, long-lasting healing is possible with the right homeopathic remedy. The art and science of homeopathy makes it possible for one single substance from the natural world to have such a profound, lasting, whole-person effect. It is why we recommend, for many patients with a variety of conditions, to try homeopathy first. It is always possible to pursue another approach if homeopathy doesn’t work. But, often it is just a matter of finding the simillimum — that one best remedy out of over 4000 that is the perfect match!

Published with Permission of “The Townsend Letter for Doctors”. 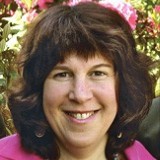